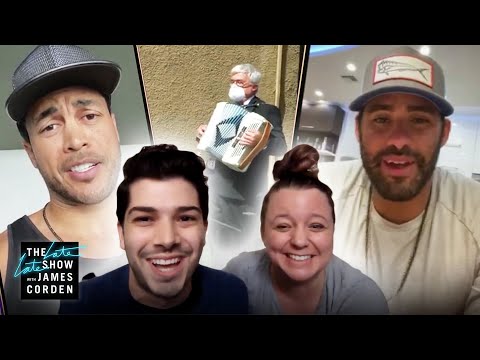 James Corden has a surprise for one of his staff members, Joe, who sadly had to postpone his wedding over the weekend. When Joe, a New York Yankees fan, wakes up his fiance Isabella, a Boston Red Sox fan, James shares videos of well wishes from Boston star JD Martinez and Yankees slugger Giancarlo Stanton — and James has a few ways for them to celebrate their original wedding date. 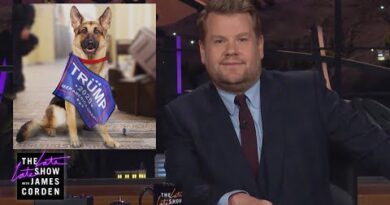 Major Biden’s Been a Bad Boy

Frozen or Pose’n — Who Are the Mimes? w/ Josh Gad 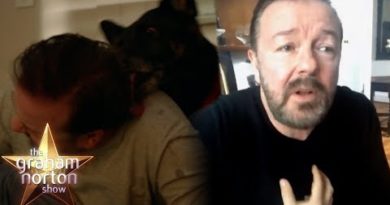 April 18, 2020 admin Comments Off on Ricky Gervais Cried When He Said Goodbye To His ‘After Life’ Dog | The Graham Norton Show