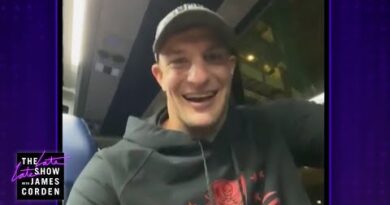 January 26, 2021 admin Comments Off on Rob Gronkowski Is Celebrating with Cheesy Burrito

December 19, 2019 admin Comments Off on Ken Jeong Takes Over The Late Late Show

Dolly Parton Will Appear in The Final Season of “Grace & Frankie”

April 29, 2022 admin Comments Off on Dolly Parton Will Appear in The Final Season of “Grace & Frankie”